Carinthian Regional Museum and Prevalje municipality have always successfully cooperated, and this has also been the case with the project Embellishment of the Town Centre in Prevalje, for which our museum suggested an inclusion of archaeological heritage into the public space of the so-called Vandravski trg square. The remodelled town square now houses a new bus station, there are public parking places at the southern side of the wall, and a natural stone wall marks the place where replicas of Roman stone monuments from the Zagrad near Prevalje archaeological site are located. The newly created town square is thus partially arranged as a lapidary exhibition.

We are aware of the rich local archaeological heritage and the consequent need for the establishment of an archaeological collection in Prevalje, since the Roman marble monuments from Zagrad are scattered at various locations. Some are part of the lapidary collection in Ravne (chapel of Ravne Castle), a few specimens are in the possession of local inhabitants, whereas two of the most valuable artefacts have been housed by the Carinthian State Museum in Klagenfurt since their discovery. Our museum has proposed that replicas be made of the latter: a statue of a Roman centurion and a relief depiction of Athis and Erot. Owing to good relations with the museum in Klagenfurt and its archaeologist Franz Glaser, PhD, this became feasible.

Replicas of Roman monuments, created by restorer and conservator Miran Pflaum, were made with the objective of introducing archaeological heritage to the general public.

The remodelling of public space, which will now become an epicentre of various activities, has revitalized Prevalje town centre. This area will be a cultural junction where people will meet, sit around and talk while getting acquainted with local heritage. The open-air museum in the town square has made cultural heritage accessible to a greater number of people. We hope that our cooperation in the project has contributed to a positive attitude towards preserving cultural heritage and the town’s history. 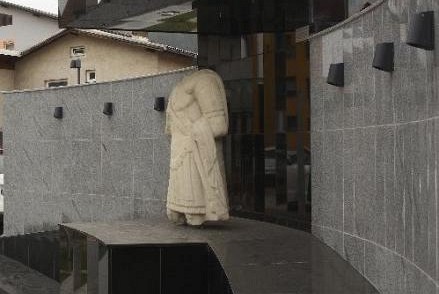 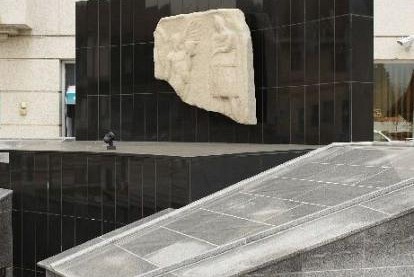