From September 1st to November 20th 1999 and from October 13th to November 11th 2000 an extensive protective archaeological excavation was being carried out on the eastern periphery of the Slovenj Gradec old town centre.
Due to the construction of the new Grammar School and Nursing School at the old town school location it was necessary to explore the endangered part of the medieval moat. A year later, due to the landscaping activities around the new school building, an additional 70 square meters of the surrounding city walls were explored.
According to historical data, the fortified walls and the moat were built at the beginning of the 14th century. The moat’s primary objective was town defence and in this period it was being maintained regularly and filled with water when necessary. After the Turkish and Hungarian raids and sieges had stopped, and especially when the town started expanding outside the city walls, the moat suddenly became an obstacle and subsequently the process of its filling up started.
In addition to the mighty city walls, foundations of newer buildings constructed on the fortified wall’s ruins were discovered in the church yard. In one of the buildings we stumbled upon numerous glass vessels and pipe moulds. Three pillars found on the inner (!) side of the city walls are especially remarkable. An older phase of the fortified wall’s foundation, which took a turn in the direction of the town here, was discovered under the middle pillar. 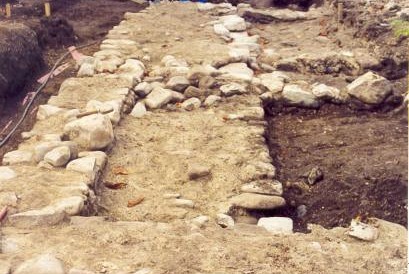 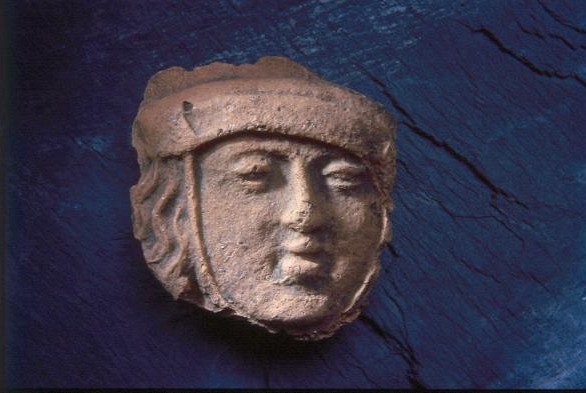