Jakob Soklič, a priest, cultural worker and collector, was born on 7th May 1893 in the village of Ribno near Bled. He studied theology in Gorica and Ljubljana, where he was ordained to the priesthood in 1917. He was parish priest at several locations in Slovenia, his last post before Slovenj Gradec being at the St. Vitus parish near Ptuj, where he began collecting antiques. In 1937 he opened his private collection, housed in the town presbytery, to the public and named it the Soklič museum. For nearly forty years Jakob Soklič played a vital role as custodian of movable cultural heritage, and is thus considered to be the first museum worker in Slovenj Gradec. He died on 21st December 1972 in SlovenjGradec hospital.
The Soklič collection comprises over 1800 items, namely archaeological, ethnological, cultural-historical and historical objects, a numismatic collection, collection of older art and collection of contemporary 20th century art, collection of objects from Southeast Asia, the African collection and the Hugo Wolf section. A library containing more than 6000 books, which Jakob Soklič inherited from Franc Ksaver Meško after his death in 1964, is also exhibited within the Soklič collection.

The collection was moved from SlovenjGradec presbytery to Carinthian Regional Museum in May 2013. 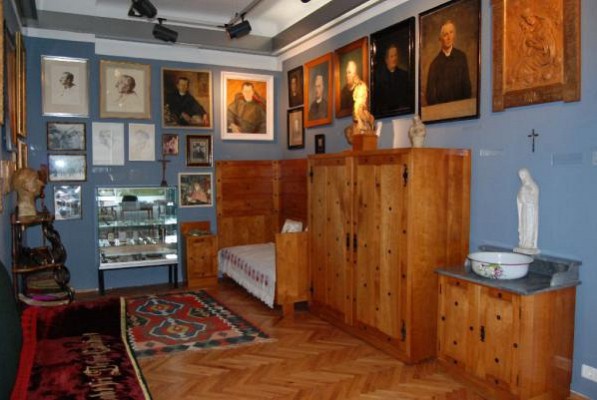