Located next to the roundabout in Stari trg is a Roman cemetery, where the deceased inhabitants of Colationa were being laid to rest in the antiquity period, more specifically from the 1st to the 4th centuries AD. Majority of the graves of the southern necropolis were discovered by dr. Hans Winkler in the years before World War I.

The now reconstructed stone tomb was discovered during an archaeological excavation in 1978 by our colleagues from the Institute for the Protection of Cultural Heritage of Slovenia, regional unit Maribor, under the leadership of Mira Strmčnik Gulič. The tomb was open to the north, and enclosed by a stone fence to the south, east and west. The foundation was built from circular stones shaped by water. The manner of burying the dead in grave plots is rare on Slovenian the territory and clearly reflects the Roman burial traditions. Grave plots can only be found in Roman cemeteries of larger towns, such as Celeia, Petoviona and Emona. 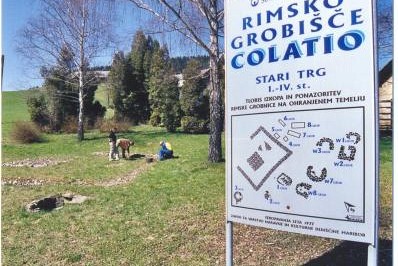 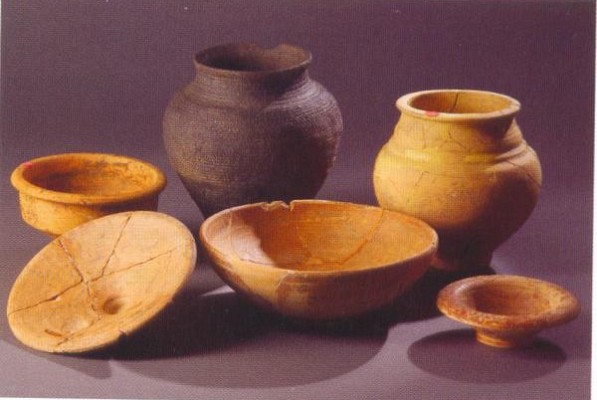