Until its renovation in 2010/11 the birthplace of Hugo Wolf, world-renowned composer of Late Romantic art songs and a complex personage of fin-de-siècle Vienna, accommodated the Slovenj Gradec Music School. At present the building is a memorial museum and the Hugo Wolf international documentation centre also functions within its framework.

Composer Hugo Wolf was born on 13th March 1860 to father Philip Wolf and mother Katharina (née Nussbaumer) as a third child. He already played the piano and violin in his pre-school years and was considered a child prodigy with a perfect pitch. He spent the majority of his short life in Austria (Graz, St. Paul and Vienna), where he studied at the Vienna conservatory for a while, but then (with patrons’ help) dedicated himself to composing at a very early age. Wolf is considered a master of the Late Romantic art song (lied), since he has a unique intensity of musical expression. His unusual productivity and exceptional creativity were cut short due to illness (syphilis), which became the cause of his death on February 22nd 1903 in Vienna.

The memorial exhibition, displayed in a late-19th century bourgeois living environment, presents Wolf’s life and work throughout all the relevant periods of his intense, extravagant and also tragic life, with special attention paid to his childhood in Slovenj Gradec, the living circumstances in his hometown and his family. The documentation centre comprising the Hugo Wolf central archives is situated on the ground floor and it functions as an international hub and coordination spot for the numerous Hugo Wolf societies around the world. The building also houses a library with a reading room, a small audio-video projection hall and a small concert hall. Also situated in the building are the headquarters of the Slovenj Gradec Hugo Wolf Society, which coordinates the programme of comprehensive promotion of Wolf’s life and work, the execution of traditional “Wolf Connects” concert cycle events and an international school of art song. 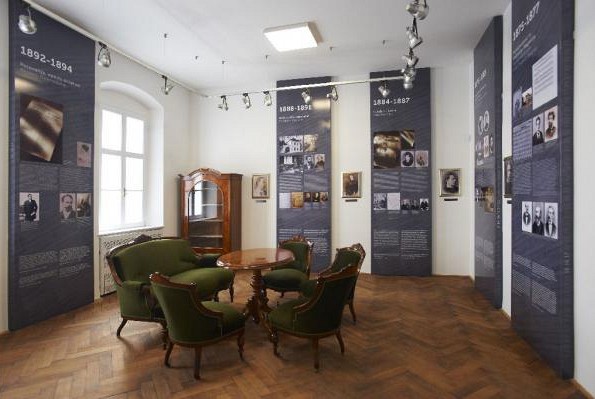 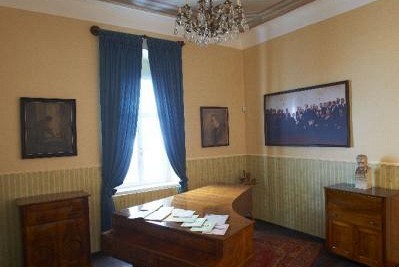