From 16th December 2016, the Bukovje Manor has been housing a permanent exhibition on the noble family Kometer, which has written the final great chapter in the history of the Puchenstein seigniory (1817-1932). The exhibition was created in cooperation with the National Museum of Slovenia (Department of History and Applied Arts) and is based on the scientific research carried out by Tomaž Lazar, Ph.D.

The Kometer family has bequeathed upon us an accomplished architectural legacy of the Puchenstein Manor, which has developed from an aristocratic country lodge into an interesting example of historicism in the Slovenian area and enriched the Slovenian cultural heritage considerably more than many other more respectable and recognizable families of its time. The family members have also made a particularly significant contribution as collectors of antiquities. The last baron, Hans Karl Kometer, in particular, has managed to amass a precious collection of antiquities and works of art, which has had an important impact on the expansion of national museum collections in Slovenia. After his death, the once economically thriving estate with the manor and rich interior décor, has disintegrated in the whirlwind of auctions and lengthy judicial procedures.

In its essence, the permanent exhibition featuring the Kometer family mainly focuses on the life of the family and the history of the Manor, which was indelibly marked by their presence. Due to a combination of circumstances, the descendants of the family, governing the Manor for many generations, have unfortunately met a premature demise as their tragic story eventually concluded with the sale of property, namely the majority of their movable heritage. Due to the collectors’ passion of the baron Hans Karl Kometer, who was an avid collector of antique items, particularly military antiques, the Manor was furnished with period-appropriate precious antiques, amongst which the late Gothic winged altar by Marx Reichlich (Tryptich of the Knillenberg family, around 1511) and the suit of armour made by the Nuremberg armorer Valentin Siebenbürger during the 1630s, were particularly conspicuous. The first is kept in the National Gallery in Ljubljana and the second is on display as part of the permanent exhibition “Vojska čuva sedem zakladov (kovina in orožje)” (The seven hidden treasures of army – metal and weapons) in the National Museum of Slovenia’s department located on the Metelkova ulica street. When the property was auctioned-off in the 1930s, the collection of weapons was the very focal point of the judicial tug of war, which was finally won by the current custodian of the collection. The entire collection of weapons as an indivisible whole, which ultimately remained on Slovenian and not Austrian soil, primarily thanks to the director of the National Museum of Slovenia at the time, Josip Mal, Ph.D, officially became the property of the National Museum of Slovenia in 1935, following a lengthy judicial procedure. The exhibition “The Kometer Family – Barons from Puchenstein” is the first phase of a long-term project that includes the systematic inventory and documentation of the movable heritage that was auctioned-off. Including some original items from the Kometers’ collection, the current museum exhibition recounts the story of the family, their precious collection and the manor, which, during its golden age, was above all else the home of this indigenous noble family. 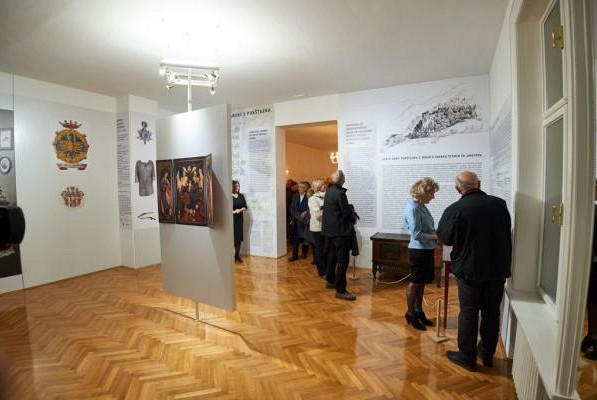 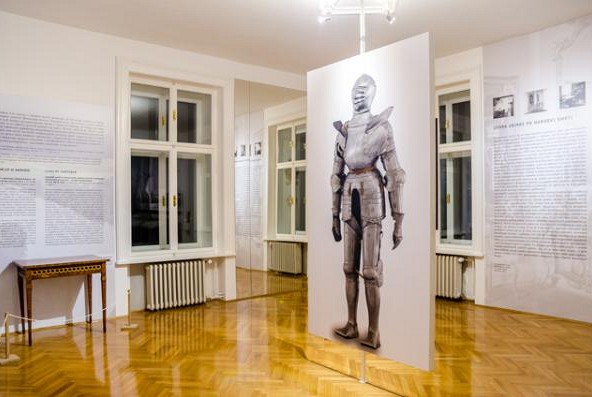