The exhibition Humans on Earth, Bees on a Flower: Beekeeping in Carinthia has been on display in the building of the Tourist Information Centre (TIC) Topla in Črna na Koroškem since December 8th 2009. The exhibition was created and opened in October 2008 in premises of the Slovenj Gradec museum, where it was displayed until November 2009. In cooperation with Črna na Koroškem municipality the collection was then set up as a permanent exhibition at the TIC.

In the introduction we become acquainted with beekeeping history in Slovenia, and 18th century’s most important beekeepers are presented, for instance Peter Pavel Glavar, Anton Janša and Janez Anton Scopoli, whose work left a permanent mark not only in Slovenia, but also on beekeeping in general. Establishment of the Slovenian Beekeepers’ Association for Carniola, Styria, Carinthia and Primorska in 1897 in Ljubljana is also described.

After the launch of a central Slovenian beekeeping association the Carinthian beekeepers also started to organize themselves. The beginning of organized beekeeping activity in this region can be set in the year 1914, when beekeeping subsidiaries in Črna, Mežica, Prevalje, Guštanj and Dravograd were founded, although there was probably some organized activity even before that. Other subsidiaries were established after World War I, and these societies have been – with some disruptions – active up to the present.

The exhibition has a pedagogical objective, thus a special section is dedicated to bees and beekeepers’ work. Bee families, their reproduction, activities, diet and illnesses are described. In addition to numerous exhibited objects, the development of beehives, tools and accessories used by beekeepers in the past and now are presented, thereby giving us an insight into beekeepers’ chores in the spring-summer and autumn-winter periods.

The exhibition’s core consists of numerous interesting beekeeping tools, accessories and illustrative photos aiming to emphasize the importance that bees have for humans. 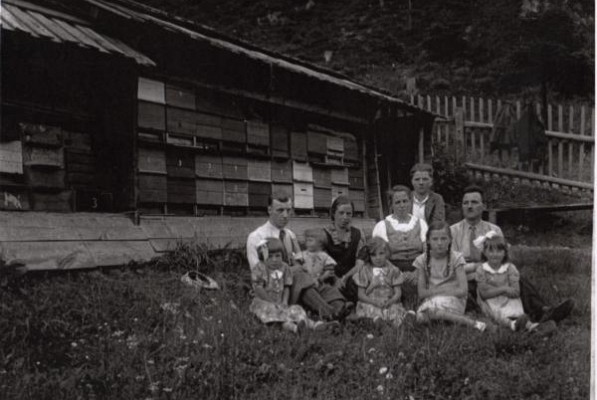 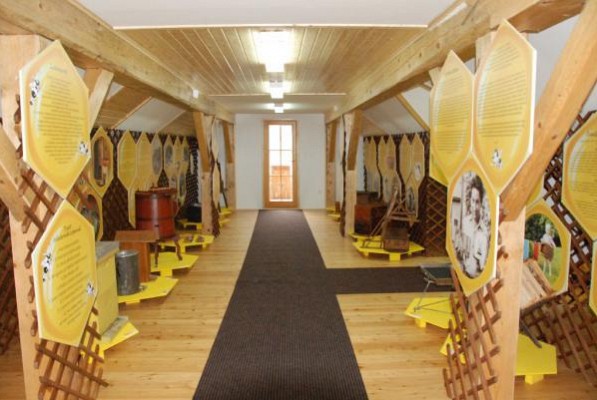