From 12 May 2015, you can visit open-air exhibitions in all three main areas of the final battles of World War II in Koroška: in Poljana, Dravograd and Dolič.

In early 1945, the German Army experienced defeats on all European fronts and was gradually withdrawing from previously occupied territories, which included the Yugoslav battlefield. After the breakthrough of Syrmian front in mid-April 1945 and a rapid penetration of four Yugoslav armies, the German Army Group E, consisting of around 400,000 men under the command of Lieutenant General Alexander Löhr, was in full retreat from the Yugoslav battlefield. Alongside it, around 200,000 members of domestic adversary forces were also retreating, in particular NDH forces, Montenegrin Chetniks, and after the battles moved to Slovenian soil, Slovenian Home Guard forces. A large number of civilian refugees was also seeking retreat. Their goal was to reach the territory of Austria as soon as possible and surrender to the British. However, the goal of the Yugoslav Army, which included Slovenian Partisan units, was to keep them in Slovenian territory. Adversary forces were retreating in several directions. Finally, as the forces of the 4th Yugoslav Army and 9th Slovenian Corps occupied Primorska, the 3rd Yugoslav Army reached Maribor and all crossing points in the Karavanke mountain range were captured, the sole available escape route lead from Celje Basin through Šaleška and Mislinja Valley towards Dravograd and Vič in Slovenia and further to Lavamünd in Austria, or through Mežica Valley over Holmec pass towards Libuškopolje near Bleiburg in Austria. However, the Yugoslav Army again succeeded in stopping them. In the days between 12th and 14th May severe battles took place in the areas of Dolič, Dravograd and Poljane, resulting in huge losses on both warring sides and among the retreating civilians. On 12th May the Yugoslav Army confronted the NDH army in the areas of GornjiDolič and Podklanc near Dravograd. Almost at the same time, the predecessor of the 104th German Jäger Division reached Poljana through Šaleška Valley and upper Mežica Valley. On 13th May the most serious battles unfolded in Dolič area and after unsuccessful negotiations fierce battles erupted in Št. Janž which did not subside until the evening. Despite that, the NDH forces failed to cross over the Drava bridges. Following unsuccessful negotiations, a serious conflict emerged with the front of the German column in Poljana. Due to Partisan supremacy, the German forces surrendered, including those in the upper Mežica Valley that were not directly involved in the conflict in Poljana.On the night of 14th May the NDH forces managed to establish a bridgehead in Dravograd to enable the withdrawal of remaining forces and civilian refugees. However, the headquarters had already abandoned that plan and directed their focus towards Mežica Valley and Holmec pass. On 14th May the majority of NDH army and Montenegrin Chetniks with civilian refugees managed to withdraw along the Mežica Valley to Poljana. All-day battles unfolded in the areas of Poljana as well as Dravograd, where the Yugoslav army reached the south bank of the Drava River and inflicted heavy losses on the rear of the column. At the same time, battling in Poljana in Prevalje also ceased. The majority of the retreating group advanced to Libuškopolje overnight, but was forced to surrender after the intervention of British forces on 15th May.The prisoners were lead in several columns towards the central parts of the country. Civilians were soon released, whereas a large number of Ustashi, Montenegrin Chetniks and members of the SS was slaughtered at mass killing sites that are being rediscovered in recent decades. Others were taken to Yugoslavian concentration camps where many died of starvation, illness or inhumane treatment. A good number of survivors has not returned to their homes until several years after the war. 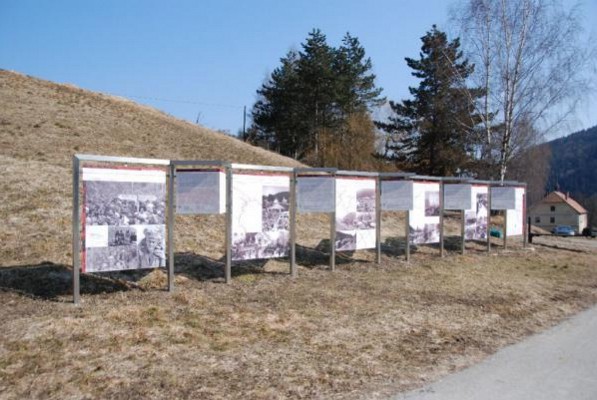 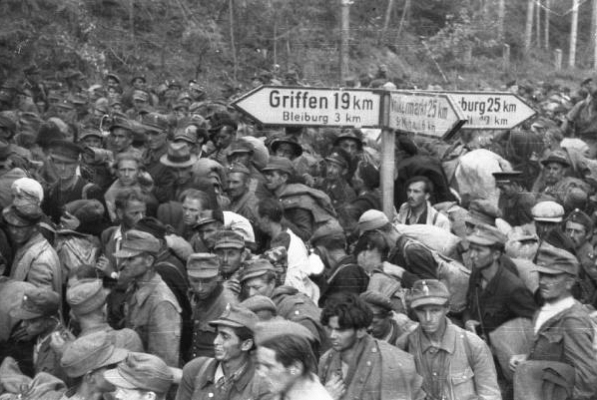