Franc Ksaver Meško, Slovenian Roman Catholic priest, poet and writer, was born on 28th October 1874 in Gornji Ključarovci and died on 11th January 1864 in Slovenj Gradec. Ksaver Meško studied theology and was ordained into the priesthood on 19th July 1898 in Klagenfurt. After posts at several parishes in Carinthia, he took up residence at the St. Rocco’s parish in Sele. During World War II Meško was sent into exile, however, he returned to Sele after the war and remained the parish priest until his death in 1964. He was also buried in Sele.
Meško wrote poems, tales, novels, short stories, novelettes and youth literature. In addition to lyric poetry and plays, Meško enthusiastically wrote prose, which became the foundation for his special role in Slovenian literature. Meško’s literature offers a mixture of Catholic mentality and an emphasis on raising the Slovenian national awareness.
Memorial room set up at the museum houses Meško’s personal belongings (clothes, travelling bag and cane) two death masks, his prizes and collected works, as well as artistic representations, both sculptures and paintings.

The collection was moved from Slovenj Gradec presbytery to Carinthian Regional Museum in April 2013. 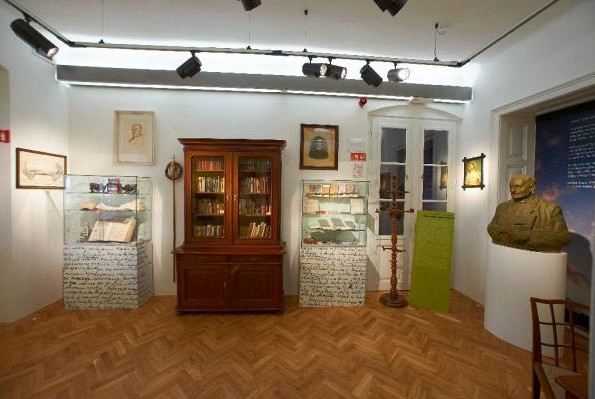 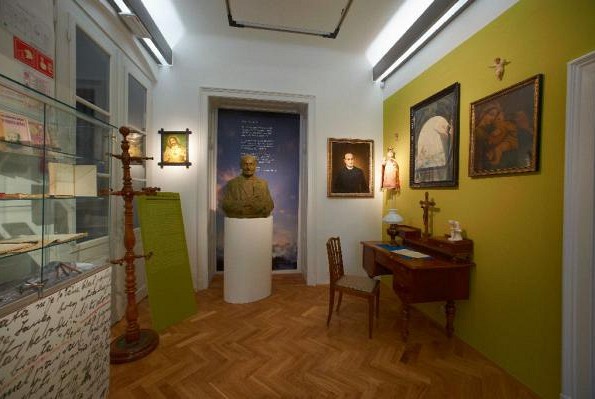