For five generations (or approximately a century and a quarter) counts and dukes of Andechs-Merania, considered the most powerful Bavarian aristocratic family of their time,were connected to the territory of present-day Slovenia. First of the Andechs to appear on Slovenian soil was Berthold II (died in 1151) just before the middle of the 12th century, and the last were duke Otto VIII (died in 1248) and his uncle Berthold V (died in 1251). In this period the Andechs owned vast estates in Carniola and the Carinthia-Styria border area, and when they were bestowed with the titles of Dukes of Merania and Border Counts of Istria their influence spread as far as the Adriatic Sea. The most important centres of Andechs’ territory – on which they founded numerous monasteries, market towns and towns – were Kamnik and Slovenj Gradec. The most significant period in Slovenj Gradec medieval history is thus connected to the Istrian border count and Kamnik town lord Henry IV of Andechs, who died at Slovenj Gradec castle in 1228, and his brother and heir the Aquileian patriarch Berthold V. of Andechs. Berthold V. visited the castle and town next to the Mislinja river several times, the last time only a month before his death, namely on April 30th 1251. This is when he consecrated the Slovenj Gradec church built in honour of his famous Andechs niece and saint, Elizabeth of Hungary. Beside the coins minted at the Andechs’ coin mint in Slovenj Gradec and some building fragments discovered in the town, Berthold’s legacy in Slovenj Gradec is epitomised by an exceptional architectural monument from the late Romanesque and early Gothic period: the complex of the former castle chapel and parish church of St. Pancras above Stari trg that – together with the exhibition about the Bavarian aristocratic family’s grandeur – tells a vivid story of their importance for Slovenj Gradec and Slovenia. 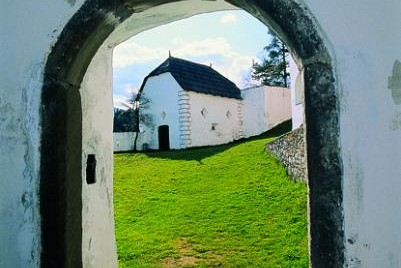 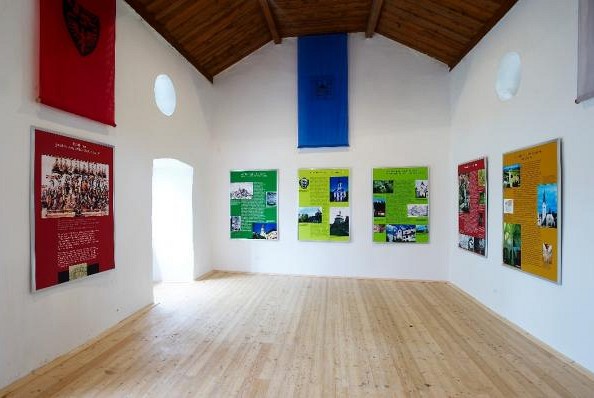