Drulek Forest’s poorly accessible terrain in the area of Gradišče on Kozjak is where the Tevakin partisan hospital was built in November of 1944. In September 1944 the main body of Lacko’s detachment had arrived on the Drava River’s left bank (area of Kozjak), where heavy fighting with the occupation army soon ensued. Due to an increase in the number of wounded partisans the medical facilities were no longer sufficient, thus a new hospital (12 x 4 m) was built. One half of the hospital, equipped with a kitchen and residential area, was dug into the ground, whereas the above-ground half was carefully camouflaged with soil and other materials. It could house 20 patients at a time, and was satisfactorily supplied with medications, sanitary materials and provisions throughout the period of its operation.

The Tevakin hospital, which had operated in the extreme northern part of Slovenian territory, was left to decay after the war. However, due to its importance, the former soldiers of Lacko’s detachment, medical staff, patients and local people decided to re-build it in cooperation with the Carinthian Regional Museum. The hospital was rebuilt in one half of its former size, and was opened to the general public on September 17th 1988.

If you wish to visit the hospital, you must turn onto the local road in direction of Kapla in Ožbolt. After a nine-kilometre drive you have a pleasant 15-minute walk on two well-marked trails ahead of you. 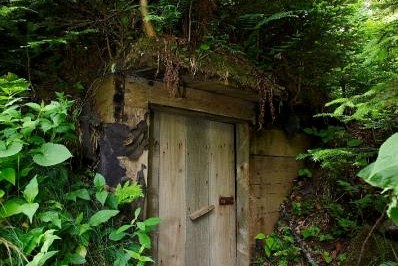 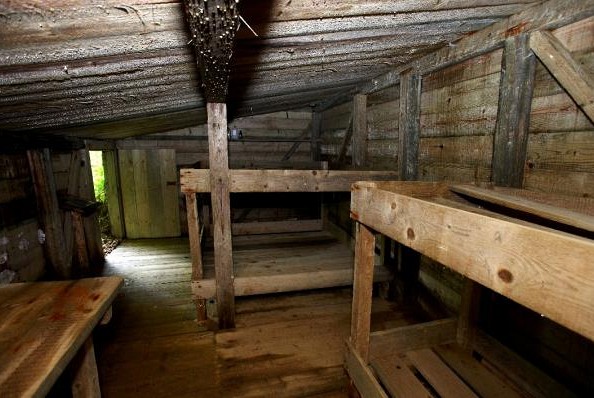