As a part of the permanent exhibition “Svet.Evropa.Mi” (World. Europe. We) a collection of newly restored Roman stone monuments has been put on display at the museum. Due to the lack of written historical sources from that period these monuments represent an important source for researching the economic, political, military and social history of our region in Roman times.
The lapidarium comprises stone monuments from the Drava, Meža and Mislinja valleys, which have been acquired by the museum during the past 20 years. In the exhibition, and especially in the catalogue accompanying it, special attention has been paid to Roman stones from the Mislinja valley.
Three relevant Roman settlements are emphasized in the exhibition. Status of the regional centre belonged to the now partially explored Roman postal station Colationa, which was discovered in Stari trg in 1909 by Dr Hans Winkler. Magnificent tombstones as well as several marble votive altars and stelae were discovered there, the majority of which were unfortunately later taken to Graz. In the only temple discovered so far, which shows Celtic elements, Winkler’s excavations proved extremely fruitful since they unearthed architectural elements of a colonnade and foundations of several public buildings. The majority of the temple’s votive stones date from the 2nd and 3rd centuries AD.
The countryside estate (villa rustica) unearthed in Dovže (where two inscriptions were
found) represents the exhibition’s starting point for presenting Roman military monuments discovered in Mislinja valley. Inferring from the grave stele dedicated to Vibenus, the villa was built by a local inhabitant who returned home after his military service as a soldier of the Second Praetorian Cohort.
Taking into account the small size of the area, military monuments in our region reveal a considerable diversity, as two different legions and one cohort are mentioned.
Since three marble slabs and a stele were discovered in Završe in the middle of the 19th century among the ruins of Valdek castle and in the church of St. Vitus, it may be inferred that a Roman countryside manor was located in their direct vicinity. A grave stele found in Završe and dedicated to Frontinais displayed at the lapidarium.
The monuments are made from the so-called Eastern Alpine marble: sample analyses have revealed that they were cut from Pohorje marble obtained from the Lunežnik, Bojtina and Črešnova quarries.
Grave with the funerary bed from tomb I (Stari trg near Slovenj Gradec) represents the most opulent preserved Roman grave discovered in Koroška, and has thus been given special status within the exhibition. The man buried in tomb I was the neighbouring municipium Celeia’s mayor, which is discernible from the tombstone’s inscription as well as the depiction of a curule seat and a lictor. The man was buried with high honors and his body placed onto a catafalque, in this case a valuable wooden bed whose legs were adorned with carved bone inlays. The bed was imported from northern Italy and began to be used in its funerary role in the third quarter of the 1st century AD. In addition to the mayor, two female individuals were buried in tomb I.
Special attention has been paid to the pedagogical and andragogical programme: a replica of the funerary bed and a centurion’s costume have been made, visitors will have the opportunity to familiarise themselves with the Roman measurement system, and workshops focusing on tools and techniques necessary for marble processing and Roman penmanship are on offer at the museum. Visitors can borrow modern audio guides to lead them through the exhibition, which is also wheelchair accessibleand adapted forvisually-impaired visitors. 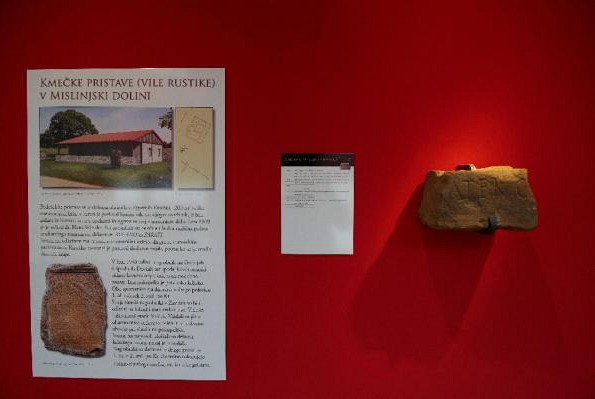