On the ground floor of Bukovje Mansion in Dravograd the permanent exhibition War in Koroška in 1991 has been put on display to honour the 20th anniversary of Slovenia’s independence. The exhibition portrays the gradual formation of Slovenian statehood in the 20th century: incorporation of a large part of Slovenian national territory into the Kingdom of Serbs, Croats and Slovenes in 1918, World War II, and in 1945 the establishment of People’s Republic of Slovenia (with incorporation of Primorska region) within the framework of former Yugoslavia. Political, ideological and economic foundations connecting nations and ethnic groups in Yugoslavia are presented, as well as the reasons that lead to secessionist tendencies and the eventual dissolution of our former state. Special emphasis is placed on the formation, development and importance of the Slovenian Territorial Defence (TD), whose establishment in 1968 marked the return of a partially independent Slovenian army. In 1991 the TD was thus sufficiently trained to become the basis for Slovenian armed forces in the battle for Slovenia’s independence.

Part of the exhibition is dedicated to events that took place in Koroška in 1990/ 91. In May 1990 the Koroška Territorial Defence managed to prevent the Yugoslav National Army (JNA) from confiscating a part of its weapons. In the following months the TD kept these weapons at safe locations, while consolidating its structure and preparing for Slovenia’s independence struggle. Violent battling later took place at the international border-crossing Holmec and near Dravograd, where a JNA convoy of armoured vehicles was halted. In the ten-day war the TD units and militia, in cooperation with civilian structures and supported by local population, managed to win the armed conflict and force the JNA units stationed in Koroška to surrender. 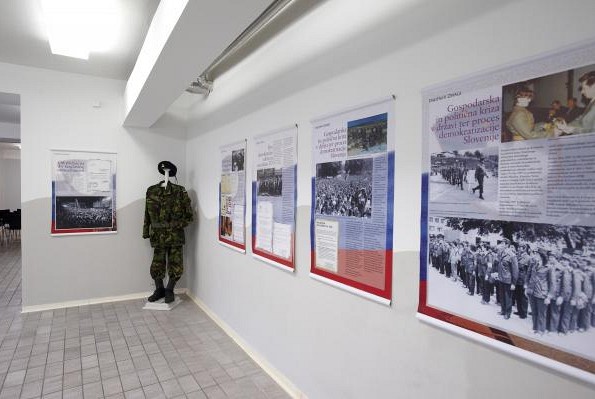 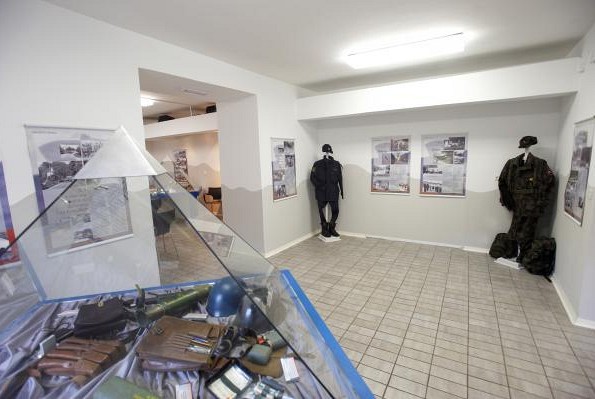