The collection of Ferdinand Leitinger, amateur collector from Radlje ob Dravi, includes more than 2,600 items, more than 1,100 books and more than 200 postcards and photographs of Radlje. Already at a young age, Ferdinand Leitinger began collecting coins. He later completed his collection with a variety of tools, books and other material. He obtained the items from family members and acquaintances as well as other collectors. Throughout the years, he created numerous sets of similar objects within his vast collection.

One part of it, his collection of hammers, has been on display at the Radlje ob Dravi Mansion since 2005. As much as 210 different hammers are exhibited, such as forging hammers, brick hammers, masonry hammers, shoemaker’s hammers, dent repair hammers, glazier’s hammers, and heavy hammers. The majority of the pieces is for general use, but the collection also includes several specialty hammers. Most of these items are exhibited and completed with a description of the phenomenon as well as the historical development of hammers. The mythological meaning of blacksmiths as the first craftsmen that used a hammer is also explained.

Even before the 11th century, blacksmithing was one of the most important crafts in rural areas. After the 12th century, it became one of the most significant crafts in the urban settlements of Slovenia. Blacksmiths often founded guilds or professional associations. The craft was passed from generation to generation, which meant the business was already established and the earnings were constant. Moreover, working space and all the tools and equipment were inherited by the younger generation.
Apart from the blacksmith’s fire and anvil, the basic tools in a traditional smithy are the hammer and tongs. Depending on the shape of their head, we separate between forging hammers, chipping hammers and cross-peen hammers. Blacksmiths used their own, mostly hand-crafted tools that were conveniently stored around the smithy.

In order to present and reveal the vast and varied collection by Ferdinand Leitinger, Radlje ob Dravi Museum exhibited some postcards and books in 2014 in an open storage form. In the open storage of Leitinger’s collection, more than 2,400 items are put on display. Visitors are able to take a closer look at different tools, including farm, forestry, shoemaking, carpentry and cooperage tools. Particularly interesting are the collections of locks, keys and door handles, mortars, pharmacy accessories, stamps and seals, religious items, kitchen accessories, lighting and various framed materials, such as lithographs, diplomas and certificates. Our visitors are always amazed by those individual items as well as by the entire collection as a whole. 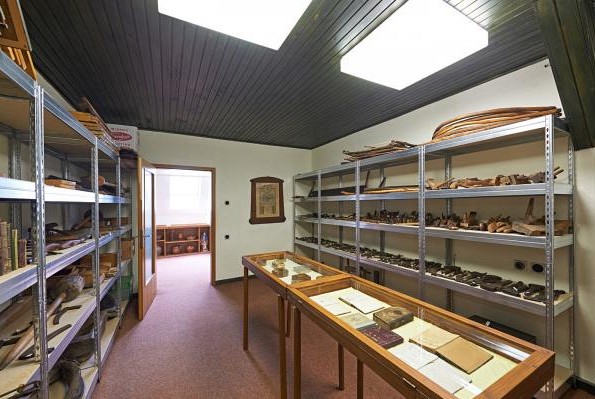 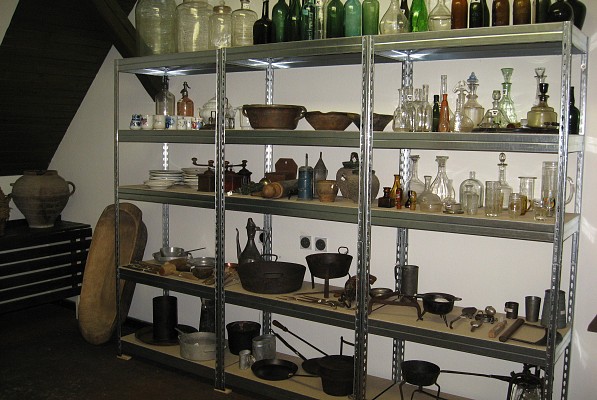