The Pahernik family, a conscious and progressive family from Vuhred, contributed significantly to the development of Vuhred, Marenberk (Radlje) district, Drava valley and Pohorje in all spheres of life, from the economic, ethnical, cultural, and social to the political area.
They were important and prosperous landowners, among their possessions were immense forests in the Pohorje mountain range. These were exemplary managed as the Pahernik family was involved in sawmilling, timber trade, transport of timber on the Drava river by rafts and special boats (called “šajke”), and power supply. They were also occupied with hop and fruit growing as well as many other activities. As conscious Slovenes in an ethnically mixed border area, they contributed to the strengthening of national awareness among Slovenes and to the development of cultural life. They supported various societies and gave donations to churches, homes, schools, children, students and other people in need of help. Among others, they built the church in Vuhred (1884) and provided the means for the church painting (1892). The school in the Bolfenk parish in Hudi Kot (1913) and the cultural center Sokolski dom in Marnberg (1938) were also financed by the Pahernik family.
Forestry engineer Franjo Pahernik (1882-1976) devoted his professional expertise and work to promoting new forest management techniques that were based on the natural development of forests. He was later recognized as the pioneer of sustainable forestry in the Drava valley. Especially in the period between the two world wars, this knowledgeable, revolutionary and conscious Slovene acted as the driving force of the Drava valley and Pohorje mountain range.
But the life of Franjo Pahernik and his family was abruptly changed by World War II and later the post-war regime in Yugoslavia as they had to endure several tragic setbacks. In 1941 their property was confiscated by the German occupiers and they were evicted to Croatia. In 1945, Franjo’s son Vojko died in the concentration camp Jesenovac and his daughter emigrated to Argentina and the USA. After the war, the family was expropriated by the FLRJ (Federal People’s Republic of Yugoslavia) and Franjo Pahernik struggled for minimum rights and to prove his years of service. Finally, the family moved from Vuhred to Maribor.
The Pahernik foundation (Pahernikova ustanova) was founded in 2005 by Vida Ribnikar, the daughter and sole heir of Franjo Pahernik. After her death, Vida donated the entire family forest property between Vuhred and Velika Kopa peak in Pohorje (552 hectares) to the foundation which still continues the professional and sustainable management of Pahernik forests, grants scholarships to forestry students, supports research activities and education and strives to conserve the memory of the Pahernik family.
In the Radlje ob Dravi museum the permanent exhibiton Memorial room of the Pahernik family (Spominska soba rodbine Pahernik) was set up in September 2014. In the ambientally arranged area the life stories of family members are revealed. The visitors can observe the photographs and depictions of the family, original furniture (from the Regional Museum Maribor), and other objects, owned by the Pahernik family. Among other archival material, the exhibition also features the engineer degree in forestry, conferred to Franjo Pahernik by the College of Forestry and Agronomy in Vienna in 1905, and the gold engineer degree and professional publication “Šajke in splavi na Dravi” (“Boats and rafts on the Drava river”), written by Franjo Pahernik in 1962. 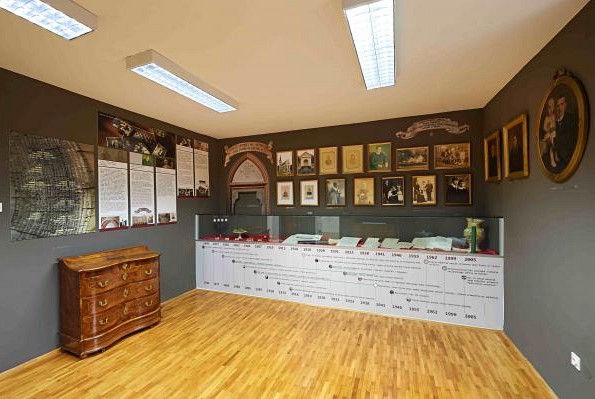 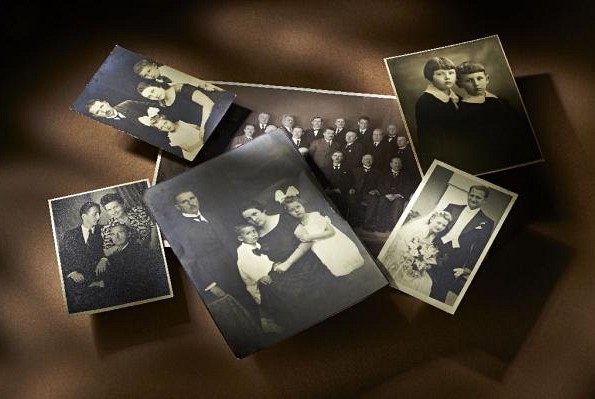