When this holiday was born, the international working class was already well connected. It is therefore no coincidence that during the first year it was celebrated in 1890, mass manifestations were underway in industrial centres on the Slovenian territory. The organized pressure exerted by the crowds of workers has come to fruition – in addition to other demands they have managed to impose the eight-hour working day and the general right to vote. In the course of more than a century-old holiday tradition, its content has also been changing due to economic and, in particular, political changes and it is now celebrated as part of a short break from work and the May Day school holiday.

The celebrations have stimulated musical, literary, artistic and theatrical creativity, as the celebration programme has always been associated with stage performances of cultural and sports societies, publication of newsletters etc. Wind bands or “brass music groups”, creating a festive atmosphere with torchlight processions, marches, concerts and, most notably of all, the reveilles, have traditionally been among key participants of celebrations. Athletic performances have given this holiday an additional charm. The festive appearance of the holiday is additionally underlined with tall maypoles, house frontages decorated with greenery, red flags, banners, bonfires and accompanying feasts.

The exhibition was prepared within the framework of the Slovenian Trail of Iron Culture. It forms a part of an interinstitutional project on celebrations among miners and ironworkers in Slovenia, involving the Carinthian Regional Museum and the Ravne na Koroškem Museum, as well as the Idrija Municipal Museum, the Zasavje Museum of Trbovlje, the Velenje Museum and the Upper Sava Valley Museum of Jesenice. 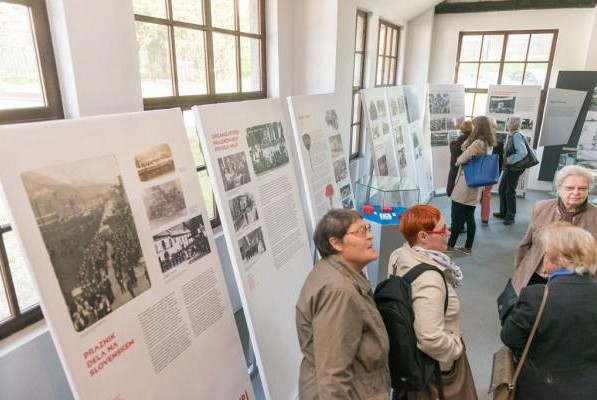 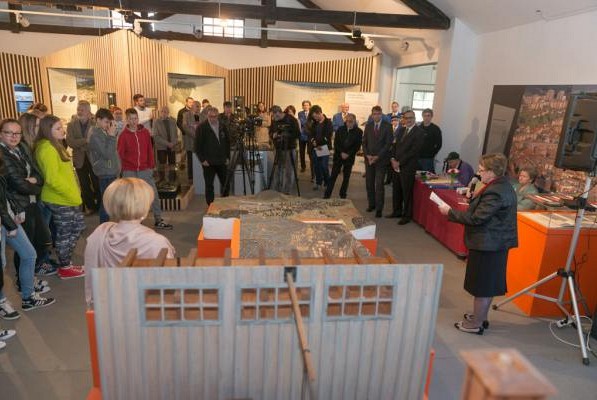