We have launched a temporary exhibition titled The Grinfels Manor (Dvorec Grinfels) at museum exhibition grounds Na gradu, which is complemented by a comprehensive bilingual catalogue. On 1 November 2014, during their construction work on a new sewerage system and water treatment plant in Ravne, workers discovered the remains of two mighty walls that once belonged to the Renaissance period Grinfels Manor. Excavations conducted by the Carinthian Regional Museum revealed many archaeological findings, dating from the period between the end of the thirteenth and sixteenth centuries. The excavation area was located on a slope outside the oldest mansion and a waste disposal site belonging to the mansion was discovered. The two walls originate from the Renaissance phase of the Grinfels Manor, specifically from the sixteenth century, when the Manor was extended on its western side and two additional towers were added, also known from the Valvasor’s depiction.

Igor Sapač, Assist. Prof., contributed his outline of the architectural development of the Manor. He explains that there once stood a Medieval towery mansion on the rocky pier by the curvy bank of Meža River as it enters Ravne from the direction of Dravograd. When the castle above it—which was situated on the Čičman hill—was destroyed, the mansion gained significance and was structurally renovated; even more so when a vast defence system for protection against Turkish invasions was built on the border line between Carinthia and Slovenian Styria, known as “turške šance”. Sapač also points out the Prueschenk Mansion, located at Gledališka pot 4.

The oldest mention of the bridge (1426) across the Meža River is also related to Grinfels or its immediate surroundings. A road leading through the Votla peč gorge was constructed during the first half of the sixteenth century. At the exhibition, professor Boris Hajdinjak shared his vast knowledge in connection with the Guštanj castle buildings dating to the mid-sixteenth century. He describes two families of knights, among others: the Pawer family from Guštanj, whose crest depicted a farmer and who resided at the lower castle, and the Guštanj family, whose crest was a chamois and who lived at the upper Guštanj castle. The Erolzheim family was the first reliable owner of the lower Guštanj. In 1426, the “lower fortress in Guštanj, situated on the Meža River, together with the castle hill, orchard, vineyard and the field on the sunny side and the forest (on the shady side) below the castle” was granted to Eberhard III. Kollnitzer as a feudal estate. The lineage charts of Cmurek, Guštanj, Haimburg and Auffenstein families, the descendants of Janez and Bernard from Loke, the Kollnitzer and the Gaisruck families (the Styrian and Carinthian lines) undoubtedly add special value to the exhibition, which includes the crests of each noble family.

Saša Djura Jelenko, who was in charge of the excavations, interpreted the archaeological findings that were uncovered at the site and classified the pottery according to its shape and design, with a special emphasis on clay masses. Some of the finds, like graphite pottery, arrowheads, glassware and dining knives, were imported. She dated these finds on the basis of comparisons with other archaeological sites in Slovenia and the Austro-German area. She classified the materials into four phases, the first two being Gothic and the other two belonging to the Renaissance period. The catalogue and the tables of finds were prepared by archaeologist Anja Mihelič.

Animal remains from Grinfels were processed by Borut Toškan, Ph.D. These provide an insight into the customs of local aristocracy. The presence of wild game and domestic pig can be understood as a reflection of the courtiers’ need for extravagance and boastfulness. However, by the end of the fifteenth century and at the beginning of the sixteenth century, Grinfels also seemed to follow a trend where the aristocrats were no longer praised by the amount of food consumption but by elaborate food presentation, scenography of feasts and proper dining etiquette of guests. Pheasants and partridges were among popular dishes, while some remains of geese were also discovered at Grinfels. These same animals were exploited in many different ways. Another thing that stands out is how relatively small the animals were at that time.

The exhibition and the catalogue were both designed by Edi Koraca. 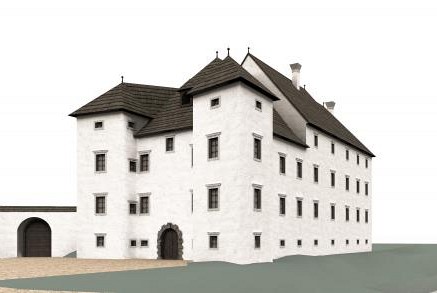 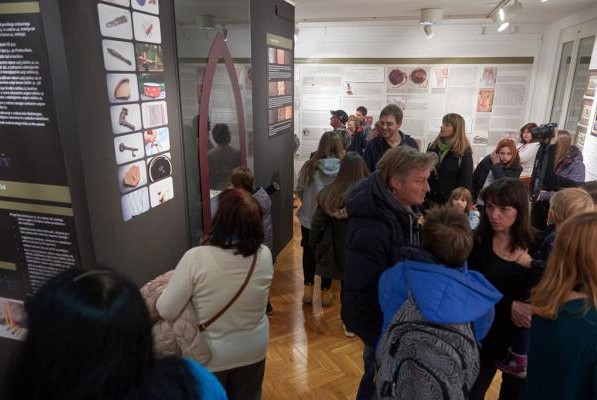