While replacing worn-out pavement in the St. George subsidiary church in Legen in autumn of 1993, archaeologists from the Institute for Protection of Cultural Heritage of Slovenia (unit Maribor) stumbled upon ruins of older sacral structures and graves. St. George’s Church had previously been known as a church with a Romanesque design dating back to the 2nd half of the 13th century. As a typical representative of the “Carinthian type” of Romanesque churches with a choir (i.e. eastern) bell tower, the church has several architectural construction phases and renovations preserved.

Two older construction phases, namely pre-Romanesque and Romanesque from the 1st half of the 12th century, were discovered during the abovementioned archaeological excavations. Foundations of an early medieval single-nave church with an inscribed (hidden) apse were unearthed, dating back to the period between the first half of the 9th and first half of the 10th century. This church later burnt down. Based on the grave goods found the 26 Old-Slavic graves discovered at the southern and eastern wall of this church belonged to the Köttlach cultural group, i.e. culture of Alpine Slavs. The exact number of graves has not yet been firmly established, as they are also located outside the walls of the present-day church.
Bronze temple rings with a single thickening and “S” loop, and two round bronze ornamental clasps – one being especially interesting due to its depiction of a peacock as an Old-Christian symbol of immortality – were discovered in the graves.
Caranthania was forced to yield to Frankish rule in the 8th century, and what ensued was an intensive Christianisation carried out by various church institutions and aided by secular rulers. This process originated from two large ecclesiastical centres, Salzburg and Aquileia. The early medieval church discovered within the Church of St. George represents one of the oldest structures of this type in the Aquileia missionary territory.

The heated glass walking surface covering the air-conditioned area of the archaeological finds enables a superb view to the visitors, and was masterly designed by architect Milan Kovač in 1994. This architectural solution offers the visitor an authentic link with the past. 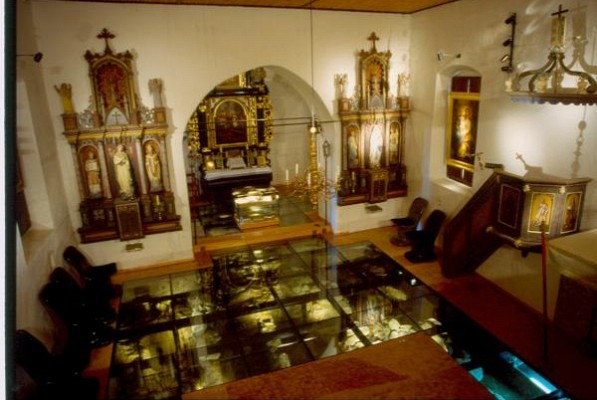 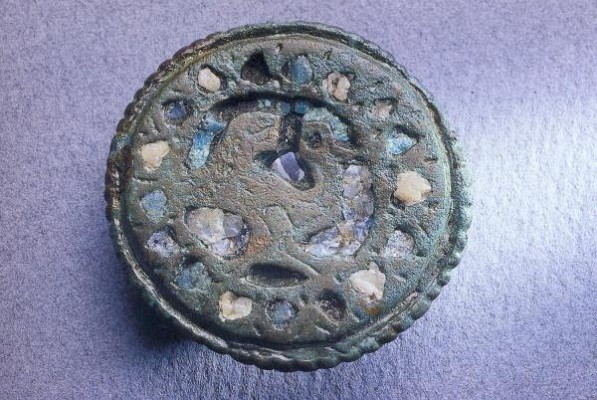